The record specifically says that God guided them by the Liahona (1 Nephi 18:12-13) to a land that was hidden (2 Nephi 1:7-9). Geographers need to explain how the land in their model was hidden. The Book of Mormon does not say they were ever discovered. Nor would they be discovered by the first explorers, i.e. not Columbus. Consider the following two maps, North America is absent while Central and South America are present. 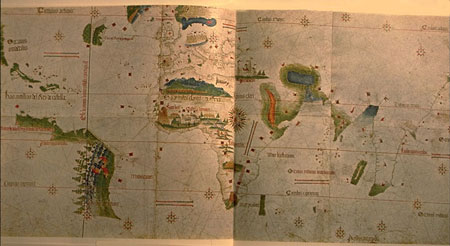 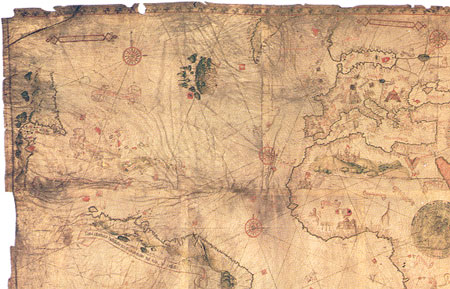 Indeed, the Iroquois (a conglomeration of Six Nations) who were the stewards of Book of Mormon lands when the Gentiles arrived were themselves hidden:

The Iroquois confederacy, existing in the wilderness, simple, pure, and powerful, with its capital 100 miles from the sea, and unknown until Cartier sailed up the Saint Lawrence, until Champlain penetrated its forests, and Hudson discovered the beautiful river that bears his name. (Thomas Donaldson, Extra Census Bulletin. Indians. The Six Nations of New York, U.S. Census Office, 1892, p. 20)

If the lands in your model were discovered by the earliest explorers they are not Book of Mormon lands. “Hidden lands” would become known by later explorations, not the first ones, i.e. not Columbus.