There should be a wilderness area (Hermounts) west and north of the City of Zarahemla, where the Amlicites fled from the Nephites:

Indeed there is a wilderness area west and north of East Aurora, and is labled “Smokes Creek” on the watershed map on our Narrow Passage page: 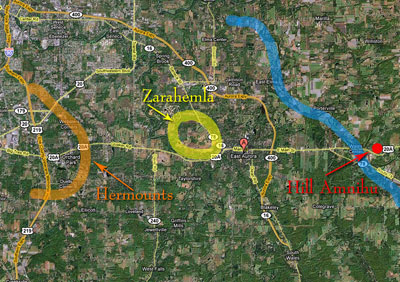 Error: It is wrong to assume that the Hermounts area was mountainous simply because “mounts” is in its name. We only know that it was a unique wilderness area separate from the others by some land feature. The watershed map shows what that was.