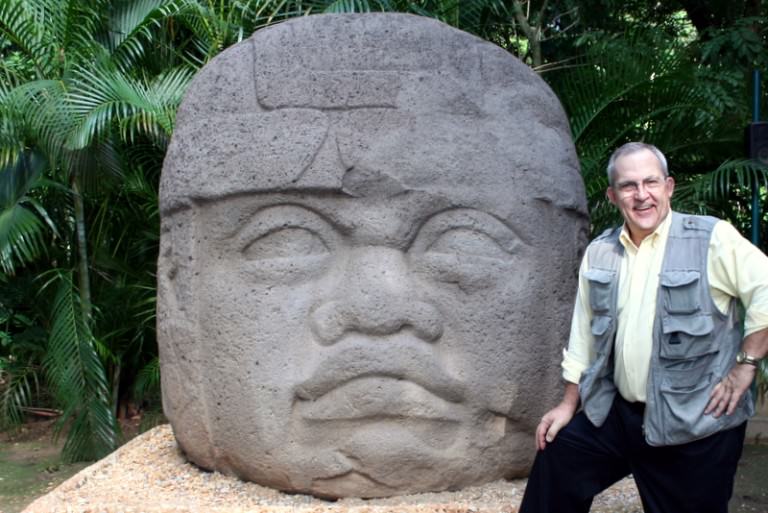 Update: On May 14, 2011, John Lund was charged by Israeli authorities for smuggling artifacts in Israel:

S. Michael Wilcox and Dr. John L. Lund were tour guides for their view of ancient Book of Mormon lands which is at odds with the government of the United States and void of any fulfilled land prophecies. Nevertheless, they base the location of Zarahemla on statements of Joseph Smith:

Be confident that when you travel to Mexico, Guatemala, and Central America you are traveling in the lands where the primary American events of the Book of Mormon took place according to the Prophet Joseph Smith.

**NOT A SINGLE LAND PROPHECY WAS FULFILLED IN MEXICO OR GUATEMALA.**

In fact, those countries are notorious for being a plague to the United States of America. Any American tracing Book of Mormon lands outside of the government of the United States are traitors to the New Jerusalem which was in place before Joseph Smith.

God predicted through His prophets that this great Gentile nation, raised upon the American continent in these last days, would become the richest and most powerful on the face of the earth, even “above all other nations.” (See “1 Ne. 13:151 Nephi 13:15, “1 Ne. 13:3030.) IT IS EVIDENT FROM THE VANTAGE POINT OF TWO HUNDRED YEARS OF HISTORY THAT THIS COUNTRY (USA) TODAY HAS FULFILLED IN SOME MEASURE THAT PROPHECY.

NO OTHER COUNTRY HAS BEEN MORE RICHLY BLESSED IN TERMS OF FREEDOMS, MONEY, AND GOODS AS THE PEOPLE OF THIS NATION (i.e. this government).

The national celebration of our country’s two-hundredth birthday has afforded The Church of Jesus Christ of Latter-day Saints a wonderful opportunity to reaffirm TO THE PEOPLE OF THIS NATION THE ORIGIN, PURPOSE, AND DESTINY OF THE UNITED STATES OF AMERICA. (Ezra Taft Benson, This Nation Shall Endure, Deseret Book, 1977, p. 153)

This nation does have a spiritual foundation—a prophetic history. EVERY TRUE LATTER-DAY SAINT SHOULD LOVE THE UNITED STATES OF AMERICA, the most generous nation under heaven, THE LORD’S BASE OF OPERATIONS IN THESE LAST DAYS.

There are two problems with this premise:

Joseph was prone to the grandiose (Banker, General, Mayor, King, Presidential candidate, 30+ wives), the ruins in Middle America were no exception.

It is important to point out that Joseph expected to find archaeological evidence of the Book of Mormon both north and south of the Rio Grande because the Jaredites and the descendants of Father Lehi had spread from sea to sea and covered the face of the land.

Lund attributes more to Joseph than he said. Joseph did not say he expected find evidence at those locations, in fact, he refused to state “positively” that the ruins of Quiriqua, where Zarahemla. (Times and Seasons Oct. 1, 1842)

It is foolish to put select statements of Joseph ahead of his others, the Book of Mormon, and two hundred years of fulfilled prophecies to justify making a profit.

Previous: Wayne May
Next: Heartland Model