We believe ancient Book of Mormon lands are here in Western New York between Palmyra and Erie, PA. Evidences of the ancient inhabitants are documented in these volumes:

From the concluding paragraph:

“I am persuaded that enough has been said to demonstrate the existence of a vast population, settled in towns, defended by forts, cultivating agriculture, and more advanced in civilization than the nations which have inhabited the same countries since the European discovery.”

Governor Clinton helped the Book of Mormon to come forth by bringing the Erie Canal through Palmyra where the Smith family would move bringing Joseph Smith, near the Hill Cumorah.

The Erie Canal likewise brought Gentiles by the “multitudes” onto the hidden Book of Mormon lands. 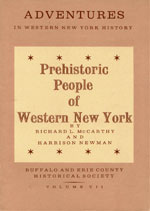 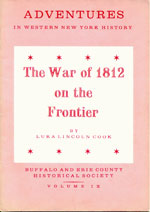 The War of 1812 on the Frontier [“I beheld that their mother Gentiles were gathered together upon the waters and upon the land also, to battle against them.” (1 Nephi 13:17) ] 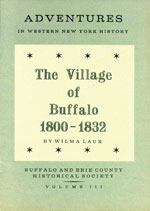 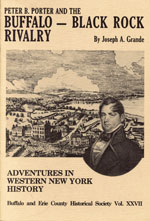 Peter B. Porter and the Buffalo Black Rock Rivalry [Black Rock Pier was used by Hagoth.] 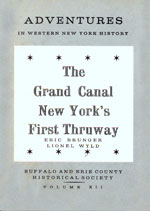 The Grand Canal New York’s First Thruway [Brought the Smith family near the Hill Cumorah and white Gentiles “by the multitudes” to “hidden” Book of Mormon lands.]

“For many years the Book of Mormon carried footnotes explaining that ‘the land of many waters,’ ‘the large bodies of water,’ ‘Ripliancum,’ etc., had reference to the Great Lakes, while Ramah and Cumorah were the identical hill, near Palmyra, New York.”

“The following pages are a plea in defense of the old theory – the interpretation of Joseph Smith, Oliver Cowdery, Orson Pratt, and a countless number of the Authorities of the Church. It is our humble opinion that there is no occasion to fling aside the old interpretation and accept the new.”

“The accounts written by many of these reputable historians and archeologists are so clear and specific that it seems as if the authors were familiar with The Book of Mormon record of the wars of extermination that were waged in Ramah-Cumorahland. For more than two centuries these renowned scholars have designated this area as America’s greatest battlefield in ancient times. Their conclusions agree so faithfully with The Book of Mormon record that we need not look elsewhere for the solution of the mystery.”

“Middle America is not a land of many waters. Its ancient hills are not marked with tokens of fortification; its skeptical remains do not tell of a bitter war of extermination, comparable at all to the evidence in Western New York.”

“These aboriginal monuments, the tell-tale tokens of ancient warfare by highly civilized nations, are not to be flung aside as one ‘fights against the pricks’ to confine those ancient people to the narrow and restricted domain of Middle America. Inscriptions on metal have told us the story which is otherwise a great mystery. These mysteries vanish as ancient historians speak from the dust.”

THE AUTOBIOGRAPHY OF WILLARD WASHINGTON BEAN 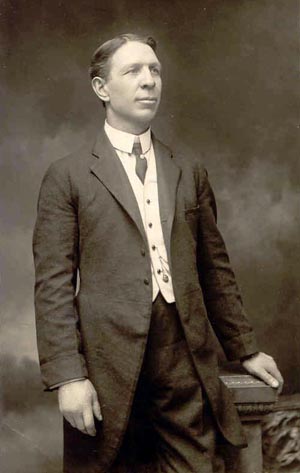 The History of the Buffalo Creek Reservation

The History of the Buffalo Creek Reservation serves the purpose of tracing the ancient Book of Mormon City of Bountiful as far back as we can. For details see the Land Southward page.

“The History of the Buffalo Creek Reservation by Frederick Houghton will commend itself to students of the history of this region as an exceptionally thorough, comprehensive review of natural conditions, aboriginal occupancy and gradual acquisition by white men, which form the history of this tract of land, now in part included in the City of Buffalo, NY. It is a chapter of history which has not heretofore been written.” Includes a review of the archaeological finds on the reservation.”

This paper takes us as far back as we can go regarding the Narrow Passage. Of particular interest is the mention of a naturally occurring “Black Rock Pier” extending out from the Narrow Neck that was used during the colonial war as a harbor. Perhaps the same one used by Hagoth to launch his ships:

“And it came to pass that Hagoth, he being an exceedingly curious man, therefore he went forth and built him an exceedingly large ship, on the borders of the land Bountiful by the land Desolation and launched it forth into the west sea by the narrow neck which led into the land northward.” (Alma 63:5)

The Story of the New York State Canals

The Story of the New York State Canals highlights the fact that not only did Governor DeWitt Clinton have an appreciation for the ancient inhabitants of New York, but he also facilitated the fulfillment of prophecy by building the Erie Canal near the Hill Cumorah.

“As a bond of union between the Atlantic and Western states, it may prevent the dismemberment of the American Empire. As an organ of communication between the Hudson, the Mississippi, the St. Lawrence, the Great Lakes of the north and west and their tributary rivers, it will create the greatest inland trade ever witnessed. The most fertile and extensive regions of America will avail themselves of its facilities for a market. All their surplus productions, whether of the soil, the forest, the mines, or the water, their fabrics of art and their supplies of foreign commodities, will concentrate in the city of New York, for transportation abroad or consumption at home. Agriculture, manufactures, commerce, trade, navigation, and the arts will receive a correspondent encouragement. The city will, in the course of time, become the granary of the world, the emporium of commerce, the seat of manufactures, the focus of great moneyed operations and the concentrating point of vast disposable, and accumulating capita, which will stimulate, enliven, extend and reward the exertions of human labor and ingenuity, in all their processes and exhibitions. And before the revolution of a century, the whole island of Manhattan, covered with inhabitants and replenished with a dense population, will constitute one vast city.”

“By invoking the memories of the American Revolution, the waterway’s sponsors celebrated both the past and the future. They saw the Canal’s ground-breaking ceremony as the consummation of efforts made possible by the political values of the Revolutionary era. Yet that dawn ceremony also marked, they hoped, the beginning of a new era of progress that would improve upon the nation’s economic and moral past. Throughout the canal era, New Yorkers would continue to link the past to the future…” (Carol Sheriff, The Artificial River: The Erie Canal and the Paradox of Progress, 1817-1862, 1996, pp. 25-26)

“Still, the Erie Canal remains, if not in its original form and relevance, then as enduring evidence of the rise of New York in the nation, and of a nation in the world. The first great bond of American union still resonates in a continental nation that outwardly projects global power while internally dealing with the domestic tensions of empire.” (Gerard Koeppel and Gerard T. Koeppel, Bond of Union: Building the Erie Canal and the American Empire, 2009, p. 397)

Details the discovery of a giant, ancient, ammunitions plant in New York.

An archaeological understanding of the past is never more than a provisional one that is doomed to be superseded, in whole or part, as new data and new interpretative techniques become available. All too often, in stating their conclusions, archaeologists fail to specify adequately the limitations of their current knowledge and to this degree they may mislead historians as well as themselves. (Bruce G. Tigger, Natives and Newcomers, 1986 p. 52)

1. Readers can assist in doing research for the Western New York, Book of Mormon geographical area by reading the following documents and identifying which sites apply:

2. Fieldworkers can then go to these locations and document how they look today. Feel free to download the files mentioned above by right clicking and choosing “Save As”. (Keep track of where you save them.)

Mastodon Remains in the State of Missouri Together with Evidences of the Existence of Man Contemporaneously with the Mastodon by Dr. Albert C. Koch

Dr. Koch was Chairman of the Committee on Comparative Anatomy at the Academy of Science of St. Louis when he gave this account of his discovery of a Mastodon/Sloth with human implements in 1839. Though there are other accounts, this is the most thorough.

Dr. Koch was severely criticized for the notion that Indians lived contemporaneously with Mastodons and Sloths. Since that time, Koch has been vindicated on all sides, particularly by the accounts in the book by Dr. Frederick Larkin MD, Ancient Man in America Including Works in Western New York and the research paper by E. H. Sellards entitled: “Early Man in America, Index to Localities, and Selected Bibliography”.

More support for the existence of man and elephants in America.

The Mastodon and Mammoth Contemporary with Man by Frederick Bennett Wright

More support for the existence of man and elephants in America.. (Frederick Bennett Wright, “The Mastodon and Mammoth Contemporary with Man” in Records of the Past, Vol. II, 1903, pp. 243-253)

The Lenape Stone or the Indian and the Mammoth by H. C. Mercer

Incredible account of the Lenape Stone, Indians and elephants or Mastodons.

“A selected bibliog­raphy and index to localities in North America are given. It is concluded that man in America was contemporaneous with several vertebrate genera and species now ex­tinct. Among extinct mammalia regarded as associated with man on the basis of more than one occurrence and on observations by more than one worker are elephant, mastodon, camel, horse, bison, sloth, armadillo, glyptodont, tapir, dire wolf, sabre-tooth tiger, peccary, beaver, deer, and cave bear.” (Bulletin of the Geological Society of America, Vol. 51, pp. 373-432, March 1, 1940)

The Ancient Literature of America by John Campbell, LLD

“Here is the dogmatic statement to which, in the face of abundant evidence to the contrary, the mass of American historians adhere:

Nothing is more demonstrable than that whatever has emanate in the graphic or inscriptive art on this continent from the red race does not aspire above the simple art of pictography; and whenever an alphabet of any kind is veritably discovered, it must have had a foreign origin. By granting belief to anything contravening this state of art, we at first deceive ourselves, and then lend our influence to diffuse error.’

The self-deception and diffusion of error were Schoolcraft’s and are still the work of the many who countenance ignorant dogmatism of an otherwise diligent student and estimable character.” (John Campbell “The Ancient Literature of America,” Proceedings and Transactions of the Royal Society of Canada, Second Series, Vol. II, 1896, pp. 47)

Previous: Prayer of the First Continental Congress – 1774
Next: Bookstore