This page is about the Book of Mormon geography by Wayne May, the founder of Ancient American magazine and author of This Land book series. Here are some of the deficiencies in his model:

Stated travel times make it clear Book of Mormon lands were small like Bible lands, not huge like the United States or India:

The Narrow Pass in his model is not “narrow” from eye level if you’re walking through it. Book of Mormon writers, Mormon, Moroni, etc., mention the terrain as they saw it from eye level and traversed it in daily life, not as we do in modern times from a satellite map of the entire continent. 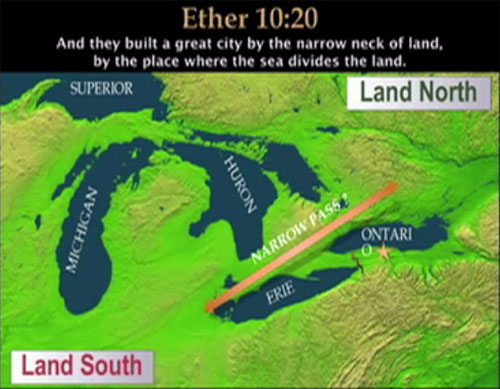 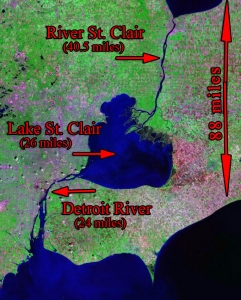 Detroit River is 24 miles long, the St. Clair River is 40.5 miles long, and Lake St. Clair is 26 miles long for a total width of 88 MILE WIDE. What warrants the width of that area to be called “narrow” is a mystery; MORMON DID NOT HAVE SATELLITE MAPS.

Wayne May’s Narrow Pass is NOT EVEN REACHABLE due to the treacherous Detroit and St. Clair Rivers which carry freight liners: 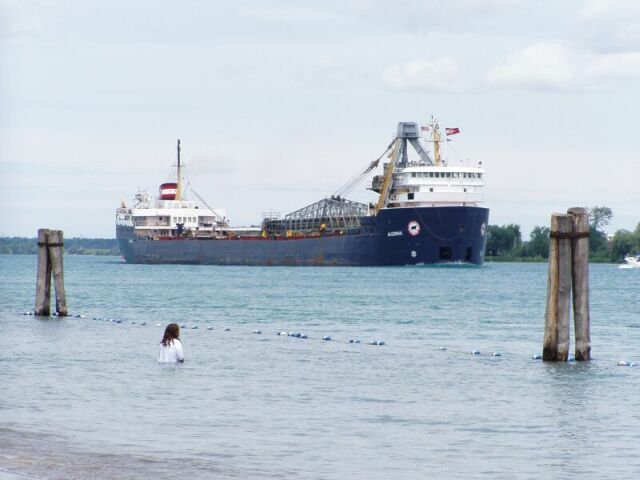 Nothing stopped animals and people from passing back and forth through the Narrow Pass except poisonous serpents:

33 And it came to pass that the Lord did cause the serpents that they should pursue them no more, but that they should hedge up the way that the people could not pass, that whoso should attempt to pass might fall by the poisonous serpents. (Ether 9)

Even if somehow the people and animals were passing through those treacherous waters and Wayne May wanted to claim the land further north was his “narrow” pass at it’s narrowest point, we are still talking about a width of 14 miles which is equivalent to the distance between Sandy and Park City, or between Salt Lake City and Saltair. No one would even call the shorter distance between the Salt Lake Airport and downtown Salt Lake City as “narrow” which is 4 miles wide. Mormon used the smallest unit of expression in the Book of Mormon to identify or express that Pass—narrow:

The other use of the word narrow is in reference to a “narrow” path along some railing and provides clues for the mysterious Narrow Pass:

This is the image we should have as we ponder the Narrow Pass, not a 14 mile wide by 250 mile long flat piece of land that is under the rule of a monarch.

A pedestrian bridge over the dangerous currents of the St. Clair River: 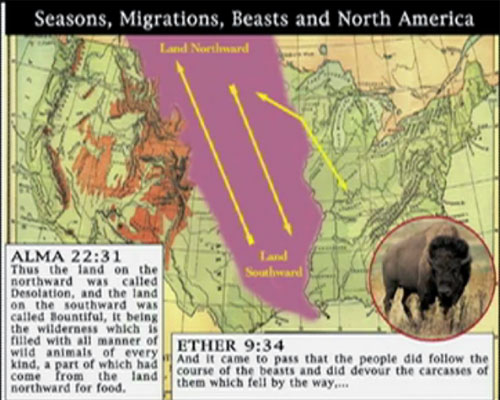 Wayne May says the Land of Nephi (Tennessee) was a higher elevation than the Land of Zarahemla (Illinois): 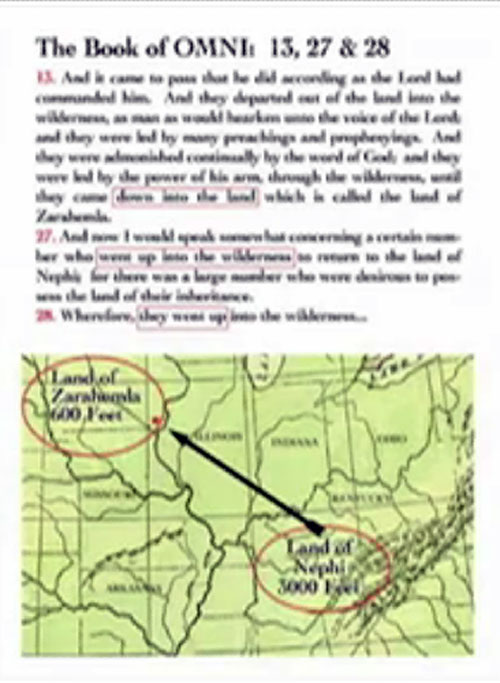 May says the Hopewell were the Nephites

No. The Nephite culture was a sub-culture of a larger pre-existing Lamanite culture group. The Hopewell were Lamanites by birth (for more information on the definitions of “Lamanite” go to: http://www.bookofmormongeography.org/basics/introduction/lamanites/ ). 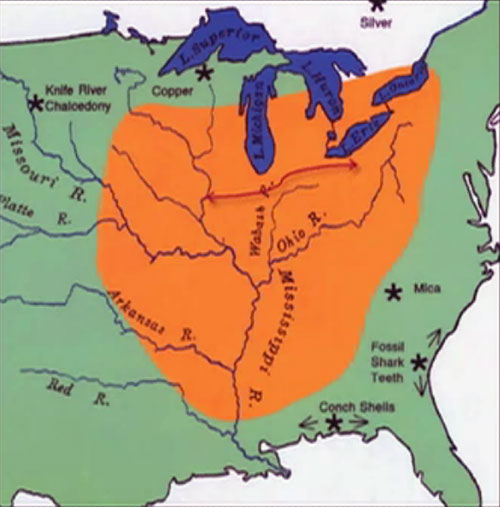 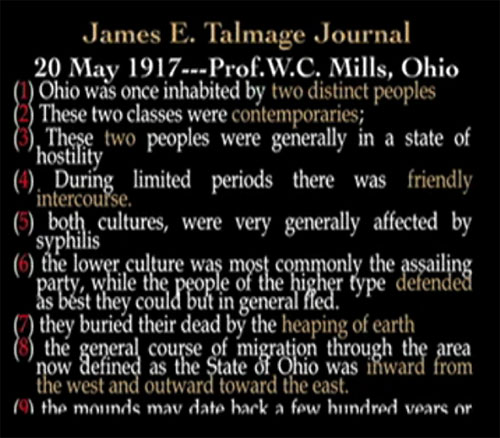 Unfortunately, Book of Mormon migrations were NORTH NOT EAST:

The only people who migrated east were Lamanites.

Wayne May has ignored the following points:

May is yet to produce an Internal Map as suggested by Dr. Sorenson and others, which his common sense. He, like Meldrum, have unfortunately put the cart before the horse.

Previous: A to Z in a Nutshell
Next: John Lund