Yea, he had been strengthening the armies of the Nephites and erecting small forts or places of resort throwing up banks of earth round about to enclose his armies and also building walls of stone to encircle them about round about their cities and the borders of their lands yea all round about the land. (Alma 48:8)

That’s the only reference, compared with the numerous references to structures of wood, including ships:

9 And the people who were in the land northward did dwell in tents, and in houses of cement, and they did suffer whatsoever tree should spring up upon the face of the land that it should grow up, that in time they might have timber to build their houses, yea, their cities, and their temples, and their synagogues, and their sanctuaries, and all manner of their buildings.
10 And it came to pass as timber was exceedingly scarce in the land northward, they did send forth much by the way of shipping. (Helaman 3)

2 And behold, the city had been rebuilt, and Moroni had stationed an army by the borders of the city (Ammonihah), and they had cast up dirt round about to shield them from the arrows and the stones of the Lamanites; for behold, they fought with stones and with arrows.

18 Now behold, the Lamanites could not get into their forts of security by any other way save by the entrance, because of the highness of the bank which had been thrown up, and the depth of the ditch which had been dug round about, save it were by the entrance.
19 And thus were the Nephites prepared to destroy all such as should attempt to climb up to enter the fort by any other way, by casting over stones and arrows at them.
20 Thus they were prepared, yea, a body of their strongest men, with their swords and their slings, to smite down all who should attempt to come into their place of security by the place of entrance; and thus were they prepared to defend themselves against the Lamanites.

21 And it came to pass that the captains of the Lamanites brought up their armies before the place of entrance, and began to contend with the Nephites, to get into their place of security; but behold, they were driven back from time to time, insomuch that they were slain with an immense slaughter.
22 Now when they found that they could not obtain power over the Nephites by the pass, they began to dig down their banks of earth that they might obtain a pass to their armies, that they might have an equal chance to fight; but behold, in these attempts they were swept off by the stones and arrows which were thrown at them; and instead of filling up their ditches by pulling down the banks of earth, they were filled up in a measure with their dead and wounded bodies.
23 Thus the Nephites had all power over their enemies; and thus the Lamanites did attempt to destroy the Nephites until their chief captains were all slain; yea, and more than a thousand of the Lamanites were slain; while, on the other hand, there was not a single soul of the Nephites which was slain. (Alma 49)

1 AND now it came to pass that Moroni did not stop making preparations for war, or to defend his people against the Lamanites; for he caused that his armies should commence in the commencement of the twentieth year of the reign of the judges, that they should commence in digging up heaps of earth round about all the cities, throughout all the land which was possessed by the Nephites.
2 And upon the top of these ridges of earth he caused that there should be timbers, yea, works of timbers built up to the height of a man, round about the cities.
3 And he caused that upon those works of timbers there should be a frame of pickets built upon the timbers round about; and they were strong and high.
4 And he caused towers to be erected that overlooked those works of pickets, and he caused places of security to be built upon those towers, that the stones and the arrows of the Lamanites could not hurt them.
5 And they were prepared that they could cast stones from the top thereof [towers], according to their pleasure and their strength, and slay him who should attempt to approach near the walls of the city.
6 Thus Moroni did prepare strongholds against the coming of their enemies, round about every city in all the land. (Alma 50)

3 And it came to pass that after the Lamanites had finished burying their dead and also the dead of the Nephites, they were marched back into the land Bountiful; and Teancum, by the orders of Moroni, caused that they should commence laboring in digging a ditch round about the land, or the city, Bountiful.
4 And he caused that they should build a breastwork of timbers upon the inner bank of the ditch; and they cast up dirt out of the ditch against the breastwork of timbers; and thus they did cause the Lamanites to labor until they had encircled the city of Bountiful round about with a strong wall of timbers and earth, to an exceeding height.
5 And this city became an exceeding stronghold ever after; and in this city they did guard the prisoners of the Lamanites; yea, even within a wall which they had caused them to build with their own hands. Now Moroni was compelled to cause the Lamanites to labor, because it was easy to guard them while at their labor; and he desired all his forces when he should make an attack upon the Lamanites. (Alma 53)

That was a specific description of how they fortified their cities.

Once they were burned, or obliterated through the ravages of time, all that would remain would be ditches and ridges of dirt. This is important to know so ancient Book of Mormon cities can be identified. Do such fortifications exist in Mesoamerica? No, they would not have withstood the torrential rains that occur there.

Mesotheorists claim that remnant fortification such as these are found in Mesoamerica. Their source are statements made by John Sorenson in the Ensign, Sept. 1984, p. 33 in reference to a site in Becan, in the Yucatan Peninsula:

Sorenson next claimed that “more than one hundred fortified sites are now known” without giving a reference for his claim. Consider how counterproductive it would have been to build entire cities out of hewn stone only to build defensive walls out of “thrown up dirt” out of a ditch against timbers of wood?

Compare the “moat” around the site of Becan and consider whether that equates with how they fortified their cities in the Book of Mormon: 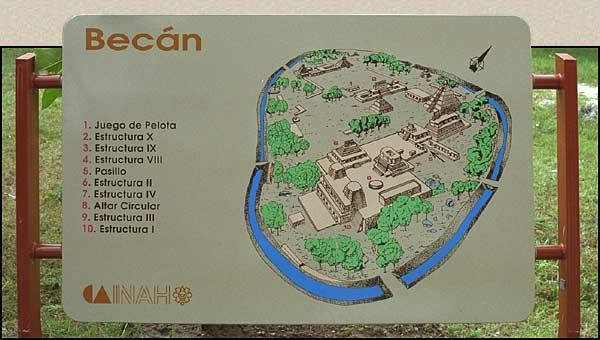 There isn’t the slightest resemblance. What’s more, the location. No one has identified which Nephite city that should be, nor have they explained why adjacent cities are lacking similar defenses. All Book of Mormon cities were made predominantly of wood and defended by walls of timber with dirt thrown out of ditch against them. Never was the purpose to make “moats.”

Ancient Book of Mormon lands should contain thousands of such fortifications. Do they exist in Western New York? Yes. Of the type described in the Book of Mormon? Yes:

More than 1,000 sites in Ontario, Livngston, Genesee and Monroe Counties [Western New York]. Nearly 500 sites chartered in Monroe County alone. In Genesee County are over 100 fortified hilltops and strongholds, and similar number of burial sites, and nearly 50 true mounds. It thus appears that long before the coming of the white man, this region was settled by active and vigorous peoples. Their camps upon the hills, their fortifications in strategic places difficult to assault. There is not an area of like size in the United States east of Ohio and north of the Mason and Dixon Line where evidences of aboriginal occupation are so abundant. (E. G. Squire, Aboriginal Monuments of the state of New-York : comprising the results of original surveys and explorations; with an illustrative appendix , 1849) 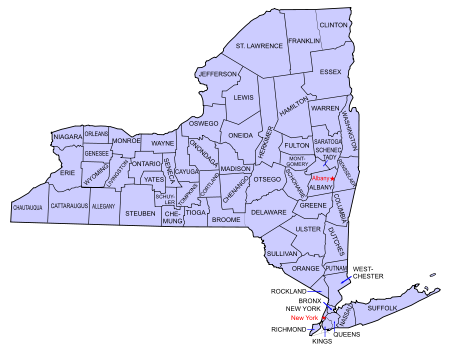 “Squier directed most of his attention to the earthen enclosures of western New York, which were far more numerous than burial mounds. His surveys of these sites implied a defensive origin. The evidence of long habitations found within many of the enclosures suggested that most were fortified villages. Nothing positive about their date could be affirmed, even though heavy forests covered many.” (Terry A. Barnhart, Ephraim George Squier and the Development of American Anthropology, University of Nebraska Press, 2005, p. 108.)

“The erection of such prodigious works must have been the result of labor far beyond the patience and perseverance of our Indians; and the form and materials are entirely different from those which they are known to make. These earthen walls, it is supposed, will retain their original form much longer than those constructed with brick or stone. They undoubtedly have been greatly diminished by the washing away of the earth, the filling up of the interior, and the accumulation of fresh soil; yet their firmness and solidity indicates them to be the work of some remote age. Add to this, that the Indians have never practiced the mode of fortifying by entrenchments. Their villages or castles were protected by palisades, which afford a sufficient defense against Indian weapons.” (O. Turner, Pioneer History of the Holland Purchase of Western New York, 1850, pp. 17-18)

“These numerous works could never have been supplied with provisions without agriculture. Nor could they have been constructed without the use of iron or copper, and without perseverance, labor and design which demonstrate considerable progress in the arts of civilized life.“

“These forts were, generally speaking, erected on the most commanding ground. The walls or breastworks were earthen. The ditches were on the exterior of works. On some of the parapets, oak trees were to be seen, which from the number of concentric circles must have been standing 150, 260, and 300 years; and there were evident indications, not only that they had sprung up since the creation of those works, but that they were at least a second growth. The trenches were in some cases deep and wide, and in others shallow and narrow; and the breastworks varied in altitude from three to eight feet. They sometimes had one, and sometimes had two entrances, as was to be inferred from there being no ditch at those places. When the works were protected by a deep ravine or a large stream of water no ditch was to be seen. The areas of these large forts varied from two to six acres; and the form was generally an irregular ellipsis; and in some of them fragments of earthenware and pulverized substances, supposed to have been originally human bones were to be found.” (Turner, p. 20)

Based on the sheer number of ancient fortifications and the type, Western New York is confirmed once more.