There is a strong correlation between the Ojibwa tribe of the Great Lakes area, and the Druze of Israel. This remarkable find coincides with the true Book of Mormon Geography which is centered in Western New York – not Mesoamerica.

5 And it came to pass that Hagoth he being an exceeding curious man therefore he went forth and built him an exceeding large ship on the borders of the land Bountiful by the land Desolation and launched it forth into the West Sea by the Narrow Neck which led into the land northward
6 and behold there were many of the Nephites which did enter therein and did sail forth with much provisions and also many women and children and they took their course northward and thus ended the thirty and seventh year
7 and in the thirty and eighth year this man built other ships and the first ship did also return and many more people did enter into it and they also took much provisions and set out again to the land northward.
8 And it came to pass that they were never heard of more and we suppose that they were drowned up in the depths of the sea and it came to pass that one other ship also did sail forth and whither she did go we know not. (Alma 63)

The fact they were “never heard of more” meant they traveled beyond the (Jaredite) Land Northward.

Wanting to distance themselves, or merely to strike out on their own, the place they likely migrated to was Ontario, Canada, which is north of the Land Northward (Western New York), across the Sea North (Lake Ontario); beyond eye sight, but not too far they could not return.

From there they may have multiplied and spread throughout areas of Ontario, or further, which the DNA substantiates. 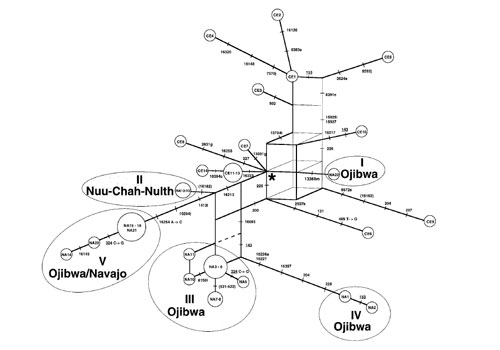 Mitochondrial DNA Studies of Native Americans: Conceptions and Misconceptions of the Population Prehistory of the Americas (2003) 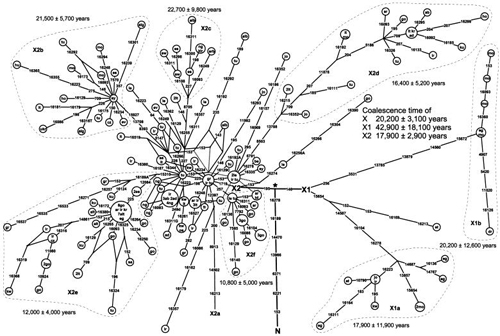