The Jaredite Land Northward (not to be confused with other mentions of a “land northward” from within the Land of Nephi, referring to the Land of Zarahemla) is where the Jaredites and Mulekites landed. The Mulekites were of the Tribe of Judah and thus it was the Tribe of Judah that inherited Book of Mormon lands, not the Tribe of Joseph (see Prince Malkijah for more on that) and was bordered by “seas” (the word “lake” was never used) on all four sides, with the larger sea on its north (Ripliancum).

As stated on the main Maps page, each map, including this one, is a work in progress and will become more “tightened” as time goes by. What is certain are the following: Sea North, East, and West, where the land was lifted up at the coming of Jesus, where Ether and Moroni hid undetected, the Sea South / Sea that Divides the Land, Narrow Neck, Omer’s route east, Ablom, Hill Cumorah, shipping, where they went for timber, shipping routes, where Hagoth built his ships and sailed north, where the Jaredite barges landed, where Mulek’s ship docked, where Christ appeared.

[keyboard instructions: double click to zoom; use arrow keys to move the map or click and drag]

The plates containing The Holy Book of Mormon were buried in a hill in Palmyra, New York (420 AD) and retrieved by Joseph Smith (1827). That area was named "Cumorah" by a messenger of God. Joseph said the Nephites were destroyed there. See Cumorah.

8 And it came to pass that he came to the waters of Ripliancum, which, by interpretation, is large, or to exceed all; wherefore, when they came to these waters they pitched their tents; and Shiz also pitched his tents near unto them; and therefore on the morrow they did come to battle.
10 And it came to pass that the armies of Coriantumr did press upon the armies of Shiz that they beat them, that they caused them to flee before them; and they did flee southward, and did pitch their tents in a place which was called Ogath. (Ether 15:8,10)

Hagoth and his people (Mulekites, tribe of Judah largely) were led by God here; a righteous branch that would endure after the wicked Nephites were extinguished. A descendant of Hagoth's group returned to Book of Mormon lands and united the warring tribes into the Iroquois Confederacy of Nations which created a new nation jointly with the Colonists, beginning with Benjamin Franklin's Albany Plan of Union and culminating in our divinely inspired Declaration of Independence, Constitution, Bill of Rights, etc.

Blackrock received its name and its reason for existence by virtue of a LARGE WEDGE OF BLACK LIMESTONE FORMATION THAT PROJECTED AT A NORTHWESTERLY ANGLE INTO THE NIAGARA RIVER near the point where School Street and Niagara Street intersect. Its FLAT SURFACE WAS 200 FEET WIDE at its northern end and ROSE FOUR OR FIVE FEET ABOVE THE NORMAL WATER LEVEL OF THE RIVER – Kis-tan-goi, as the Senecas called it, thus formed A NATURAL PIER (Landmark Society, n.d.). THE ROCK FORMED A PERFECT NATURAL LANDING PLACE AND WAS USED AS EARLY AS THE TIME OF THE AMERICAN REVOLUTION AS A FERRY POINT (General Motors Tonawanda Engine Plant Expansion, Stage 1 Archaeological Investigation, OPRHP, No. 00 PR 116, August 4, 2000, p. 3-42). See Black Rock Pier.

Just north of the pier is Unity Island (160 acres). The Black Rock Canal/Channel (3.5 miles long) passes safely between the Island and the mainland. 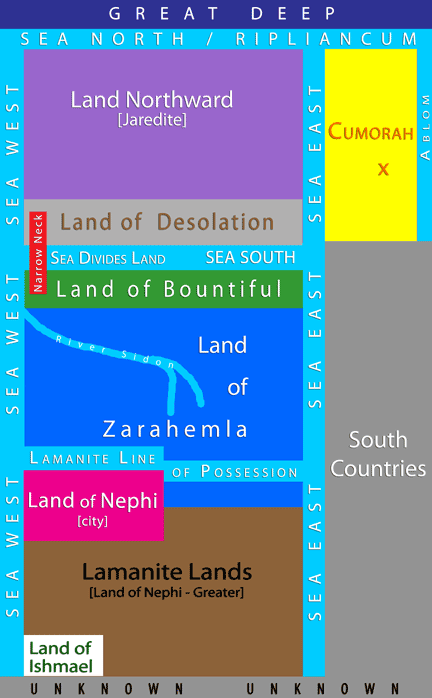 Watershed maps are invaluable for a number of reasons. Life follows water, therefore, to know where people lived, it’s useful to know how water flowed, which cannot be ascertained by looking at satellite maps. It also takes eyes on the ground; water routes change in time. The Tonawanda Creek Watershed IS ancient Lake Tonawanda, the Sea South / Sea that Divides the Land during Book of Mormon times. The upper edge of the yellow area designates a northern boundary for the Sea South for some of Book of Mormon time. 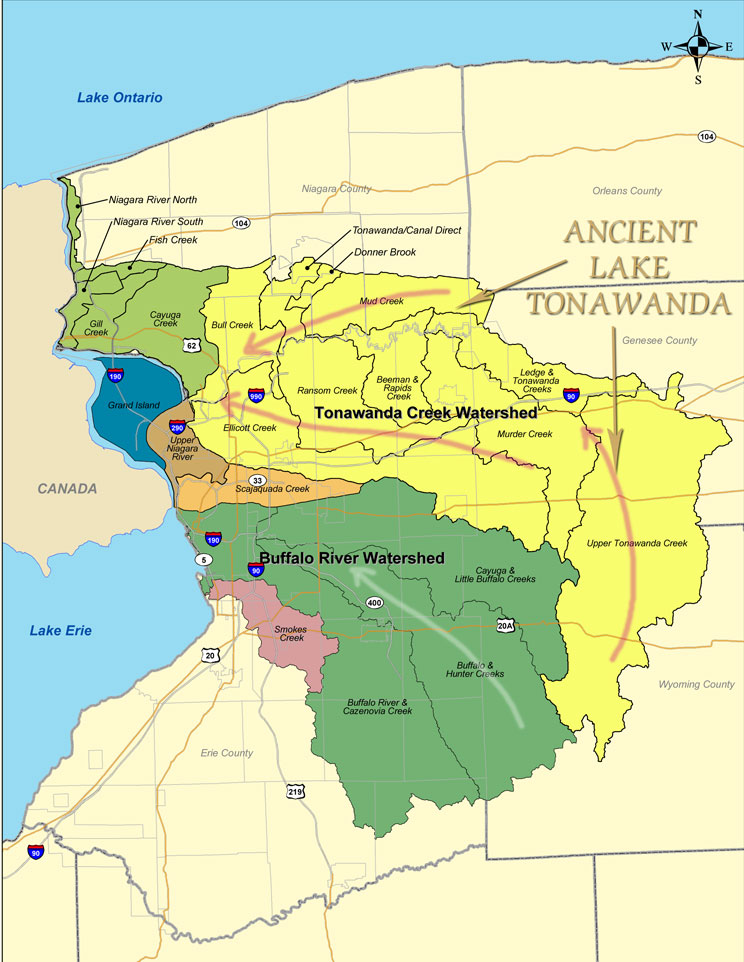