Going north from the City of Buffalo we should find a narrow strip of land running north with a body of water on its left and right. Indeed, that is what we find, although the water on the right is smaller today. This strip of land was fought over by the English, French, and Indians throughout the 1700’s just like during Book of Mormon times and was called the “Niagara Strip” or Mile Strip: 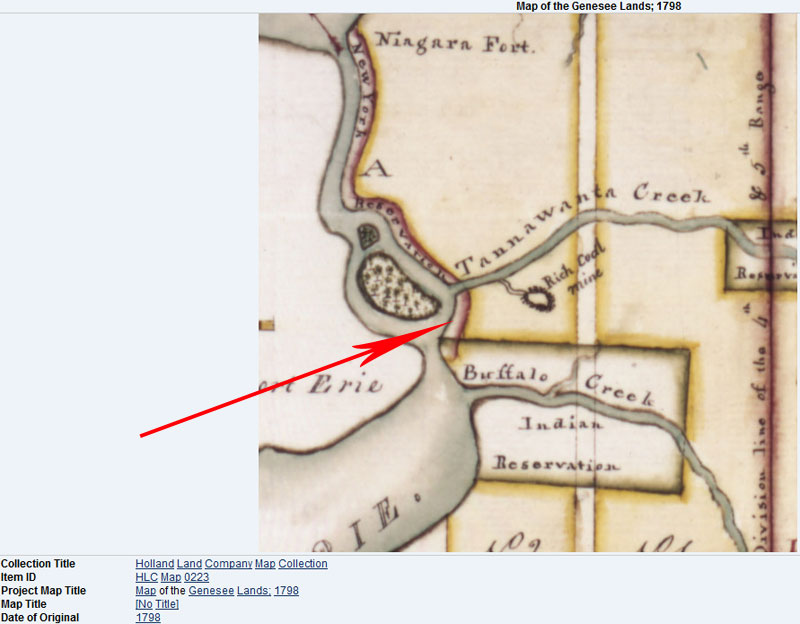 Because Niagara Falls created an insurmountable obstacle for shipping goods and materials by water, a transportation route or detour around the Falls had to be created. The land route around the Falls was called the portage, and Lewiston was the major drop off point for shipped goods and materials that were transported on the portage (Barbara I. Hill, Janet M. Domzella, Kenneth Tracey, Lewiston: A Self-Guided Tour, Friends of the Lewiston Library, Inc., 1986. url: www.historiclewiston.org/history.html).

Niagara Falls. This name is Mohawk. It means, according to Mrs. Kerr, the neck; the term being first applied to the portage or neck of land, between lakes Erie and Ontario (Henry Schoolcraft, Notes on the Iroquois, 1847, pp. 453).

The portage took place on the east side of the falls not the west. This detail, geography enthusiast Duane R. Aston tried to obscure as he used the above reference in support of his model which claims the entire Niagara Peninsula is the Narrow Neck:

As it turns out, the narrow neck of land at Niagara has been historically referred to as “the neck” of land, since the days of the early European colonists. Mention of the “neck at Niagara” can be found in pre-Book of Mormon references (Aston, Return to Cumorah, p. 21).

Aston quotes the Schoolcraft reference; however, the source contradicts his claim. The portage was on the east, not west. From Mormon’s view, i.e., eye level, the 50 miles long and 26 miles wide Niagara Peninsula would not have seemed “small.” Nor is there any mention of the need to cross a giant gorge – the Niagara Gorge – to reach the Narrow Neck, but the glaring mistake is IT’S IN CANADA. 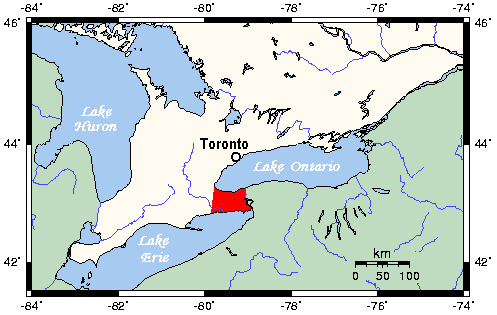 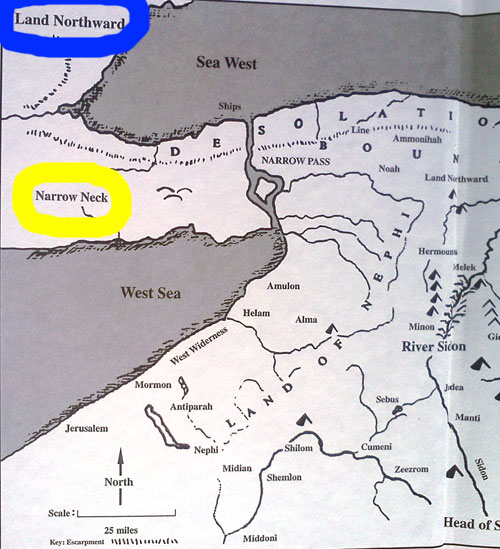 Parallel to the Niagara Strip is the Welland Canal on the Canadian side. This is a shipping canal that was completed in 1829:

“The Welland Canal is a ship canal in Ontario, Canada, connecting Lake Ontario and Lake Erie. It forms a key section of the St. Lawrence Seaway and Great Lakes Waterway.”

“Before the digging of the Welland Canal, shipping traffic between Lake Ontario and Lake Erie used a portage road between Chippawa, Ontario, and Queenston, Ontario, which are both located on the Niagara River—above and below Niagara Falls, respectively.” (https://en.wikipedia.org/wiki/Welland_Canal)

“The St. Lawrence Seaway is a system of locks, canals, and channels in Canada and the United States that permits oceangoing vessels to travel from the Atlantic Ocean to the Great Lakes of North America, as far inland as Duluth, Minnesota, at the western end of Lake Superior.” (https://en.wikipedia.org/wiki/St._Lawrence_Seaway)

“The Great Lakes Waterway (GLW) is a system of natural channels and artificial canals which enable navigation between the North American Great Lakes. Though all of the lakes are naturally connected as a chain, water travel between the lakes was impeded for centuries by obstacles such as Niagara Falls and the rapids of the St. Marys River. Its principal civil engineering works are the Welland Canal between Lakes Ontario and Erie, and the huge Soo Locks between Huron and Superior. Dredged channels were constructed in the St. Marys River, the Detroit River, Lake St. Clair and the St. Clair River between Huron and Erie.”

“The St. Lawrence Seaway allows navigable shipping from the GLW to the Atlantic Ocean, while the Illinois Waterway extends commercial shipping to the Mississippi River and the Gulf of Mexico.” (https://en.wikipedia.org/wiki/Great_Lakes_Waterway)

“In the year 1859, the schooner Republican, owned by J. W. Sprague & Co. of Huron, Ohio, and commanded by Capt Coville, now a resident of Buffalo, and living at Cold Spring, cleared from the port of Huron with a cargo of staves, and after passing through the Welland Canal into Lake Ontario, the River St. Lawrence, thence into the ocean, sped across the broad Atlantic and anchored in the beautiful and picturesque bay of Cadiz.” (George V. Brown, “From Lake Erie To Morocco” (1855), Buffalo Historical Society, Vol. VI, 1903,  https://archive.org/details/publications131socigoog/page/n29/mode/1up?q=engel&view=theater)

Another error perpetuated by Mesotheorists is that Cumorah was by the Narrow Neck: